Pierced to the Heart… “What now?”

God takes such a long time telling His story–lifetimes and generations really–that Peter’s sermon is like reading an exclamation point. It takes longer to blink.

But the emphasis, the conclusions drawn, and the witness of God’s Holy Spirit accompanying Peter’s words are powerful and they convict the listeners to the point that they understand they must act. They have been drawn into God’s story in a way they were not expecting. They are like characters who no longer know what to do.

Now when they heard this, they were pierced to the heart, and said to Peter and the rest of the apostles,

“Brethren, what shall we do?”

Peter said to them,

“Repent, and each of you be baptized in the name of Jesus Christ for the forgiveness of your sins; and you will receive the gift of the Holy Spirit. For the promise is for you and your children and for all who are far off, as many as the Lord our God will call to Himself.”

Some things to note:

They heard, they were pierced to the heart (convicted), and it wasn’t a lone voice that shouted back. They asked “Peter and the rest of the apostles.” That’s many conversations starting up, asking “what shall we do?”

Why is it “we” and not “I”? Weren’t these people a collection of individuals from all different areas and nations with different languages? Why are they asking collectively?

Because they were all Jews. And what Peter had just said about Jesus, while we may see it as outsiders and say, “Okay, great job summarizing the story, Peter,” for these people their whole framework for life just got its mind blown.

‘Wow, I did not see this coming. This changes our lives! Everyday! This changes how we think about the coming of the Messiah. This adds to our knowledge about the plans and intentions of God. How are we supposed to relate to God now? We took part in killing God’s Christ!’

Collectively, this group is commanded to change how they think, how they function, how they do life–to collectively turn toward what God is saying and walk towards Him in it.

Collectively, they need to stop being unbelieving (for they had not fully embraced Jesus as the Christ during Passover) and to now act upon their belief.

“each of you be baptized…”

Everyone needs to do this for himself/herself, but you can’t actually do it alone because

Why is that? Why is baptism public?

Let’s look at the rest of the phrase:

Right before Jesus came, John preached a baptism for the forgiveness of sins. John was sent as a forerunner to prepare the way. People came to him, confessed their sins, and were baptized in preparation for Jesus.

In the Old Testament, the Israelites brought animal sacrifices to the priests. This was done publicly. There were various reasons to sacrifice, but one of the main reasons was for the forgiveness of sins. Therefore, to publicly bring a sacrifice for forgiveness of sins was to admit before everyone that you had committed sins, you had offended God and broken his law.

It also was an act of obedience.

Yes. God had prescribed a certain way for everything to happen regarding sacrifices. To do what God said, to bring the animal required and sacrifice it, was to turn away from disobedience toward God, and to begin again to obey God. ‘God says do this for sacrifices, so I will do it.’

Everything Peter says causes a shift in understanding. For these Jews who know the Scriptures so well, the dots of God’s amazingly foreshadowed plan begin connecting. All the animal sacrifices point toward His crucifixion, revealing that Jesus has fulfilled the sacrificial law.

‘Are sacrifices necessary anymore? What is left for us to do?’

Repent. Change your thinking, change the direction in which you’re walking, embrace what God is telling you and has told you through the Scriptures, and be baptized in the name of Jesus for the forgiveness of sins.

‘I’m still not sure I understand.’

Well, the Bible is a big book, with great amounts of stories and foreshadowing and promises. To come to a place of complete and absolute understanding will take a very long time (say like, eternity?). And it will require a living and active relationship with Jesus to gain understanding anyway.

The important part is to begin that relationship and walk in obedience to what the Bible says. I know people who say, “I’ll get baptized when Jesus tells me to.” …Which sounds off. Something’s not right there. Jesus already told us to be baptized. In the Bible. His disciples were baptized, He commanded them to baptize, and now it appears as an important command for new believers. Should we really require Jesus to talk to us about it again? Doesn’t sound like we’re walking in obedience.

Besides, there’s a promise that comes with this amazing gift of salvation from our sins! Yet another gift!

“…and you will receive the gift of the Holy Spirit. For the promise is for you and your children and for all who are far off, as many as the Lord our God will call to Himself.”

For you right now, for the next generation to come, and for all generations after that–as long as God is still calling people to Jesus (until the world ends), the promise of the Holy Spirit is good and guaranteed!

Which means, if you’re coming to Jesus thousands of years after Acts chapter 2, God has a gift for you. 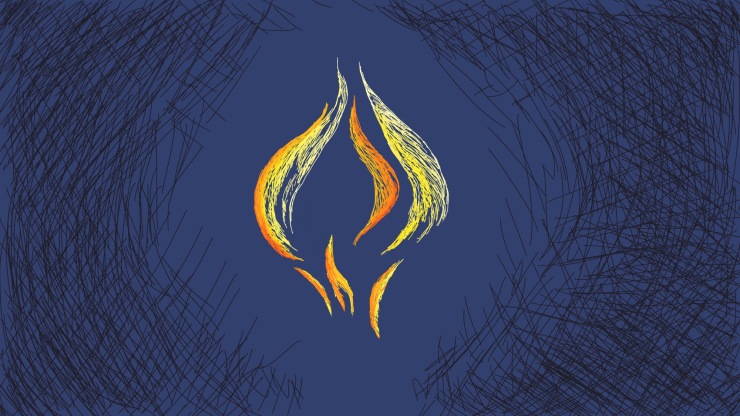