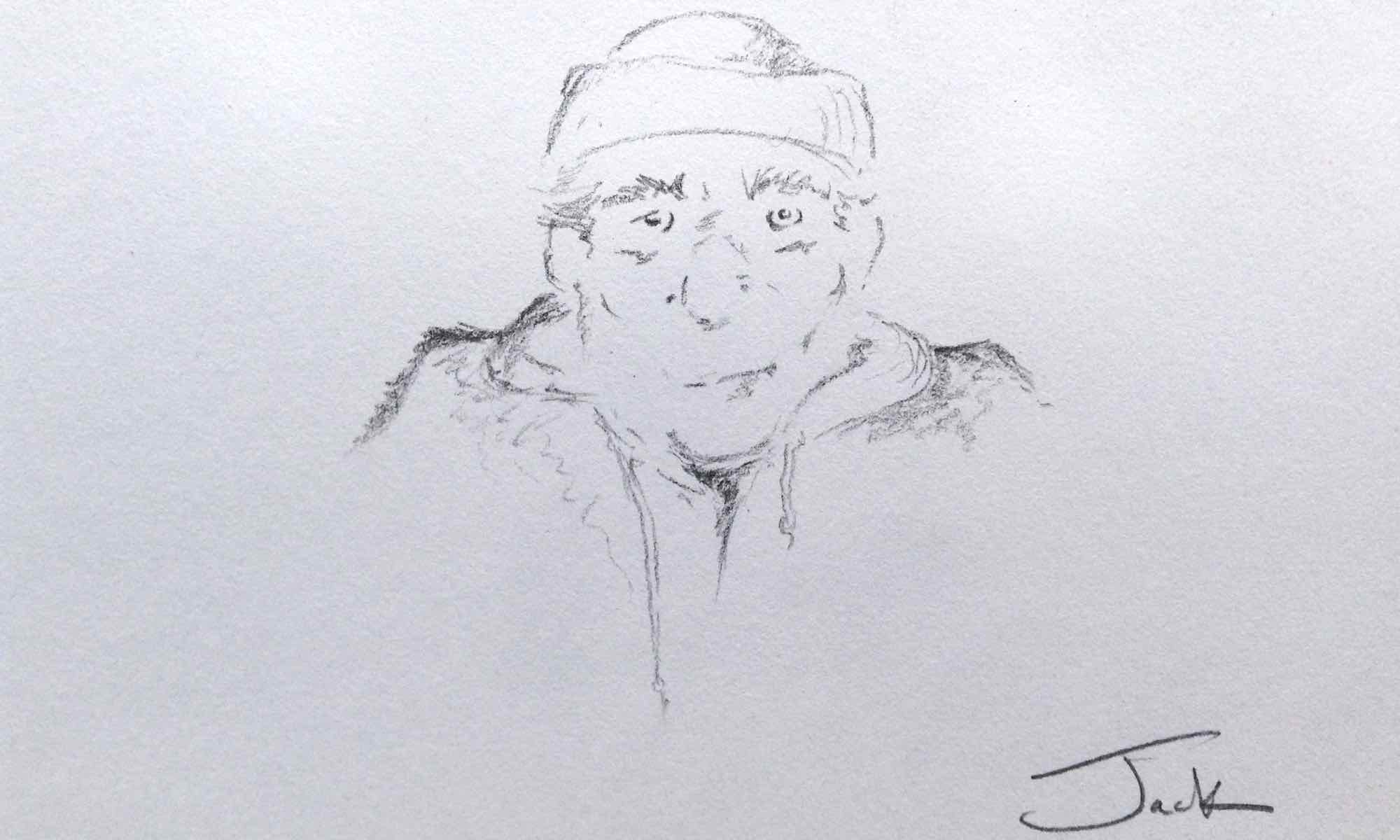 I smile as I step out from the morning sun and into the shade of the overpass. This time, I’ve parked my van in the McDonald’s parking lot that’s planted right next to this huge mass of concrete gray, the golden arches emblem flying high above, inviting those who drive over us to take a quick detour and fill their bellies. Like before, I’m dressed in my normal jeans-and-T-shirt combo with my scruffed-up New York Yankee hat. My only conscious decision to dress down is to wear my cutting-the-lawn shoes rather than my new hiking ones. They’re stained and peel back a little at the tips, but nowhere near as worn-down-until-they-mold-the-foot as Jack’s shoes.

I hold my black trumpet case up and give it a pat. “I said I’d come.”

“What, fourteen hours ago?” Jack’s amused.

It’s nice to see his eyes crinkle as he smiles, and I wonder, Is it because I came back so soon, or came back at all?

There’s no evidence that Jack has moved an inch, except maybe to grab at the threadbare blanket that’s draped over his lap. Everything else—bike, bucket, chair—sits in the same position it was in last night. I squat for a bit to chat with him, but he’s curious to hear me play. So I crack open my case and lift out my trumpet.

I explain that I don’t know, that a year ago on Father’s Day I’d had a dream in which a voice said, ‘Go, buy an old trumpet, redeem it, and play hymns in the parks,’ and that after waking up my wife gave me for my Father’s Day present a hymnal from 1946, and that I figured I’d better listen so I went, bought this old trumpet, fixed it up as best as I could and started playing hymns in the parks around town.

“Huh,” Jack leans back against the canvas of his chair and shuts his eyes.

I don’t know what he’s thinking, but I’m suddenly thinking about the influx of homeless people our city has seen in the last year and the recent legislation to allow people to camp overnight in the parks and how this has become a push-button issue for many of those that live around the parks or schools. Trouble’s brewing, but for now there’s rest.

“Aren’t you going to play?” Jack’s eyes are still shut. “I mean, that’s a nice story and all, but the voice didn’t tell you to tell stories. The voice said, ‘Play.’”

My turn to laugh. “I like your humor, Jack.”

Mouthpiece warmed up, I play. I only have so many hymns memorized, so I do “Joyful, joyful, we adore Thee,” “What Child Is This,” and “Joy to the World.” The notes sound so much clearer and fuller as they bounce around the concrete cavern than they do in my garage. They all compete, but especially the higher notes are able to mute the sounds of the traffic above. The melodic lines soar with purpose as I sing the words in my head, and sometimes with my heart.

After the echo of my last note fades away, Jack sighs, “Must be nice to know what you’re supposed to do and have the chance to do it.”

One Reply to “Faces of Jesus: Jack”